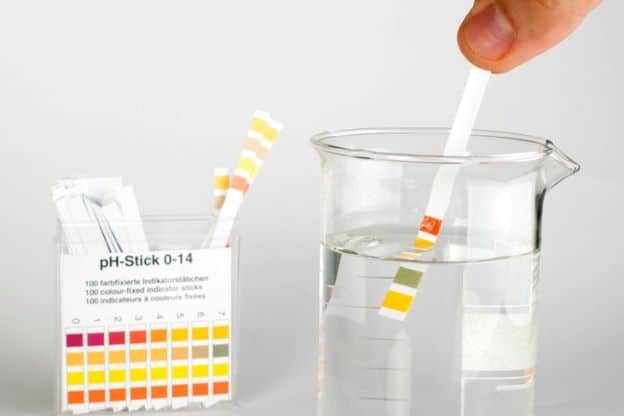 If you live in or plan to move to Las Vegas, you may be concerned about the quality of the tap water. It’s important to be informed about the sources and potential hazards of the water in your home that you drink and use for daily activities such as washing and bathing. Knowing just what’s in your water empowers you to make the best decision about how to use and treat the water coming out of your taps every day.

If you live in the Las Vegas, Nevada area, this is a quick guide that will hopefully help you make a more informed decision about the water being piped into your home.

Sources of Water for Las Vegas

About 90% of tap water that residents in Las Vegas drink comes from snowmelt off the nearby Rocky Mountains. After running off the mountains, the water collects in the Colorado River and ends up in Lake Mead, where it’s piped into the city.

The other 10% of water comes from a groundwater aquifer sourced from natural precipitation in the Spring Mountains and the Sheep Range. These sources of groundwater can come from as much as 1,500 feet below the surface through private and public well systems.

The tap water in Las Vegas is monitored by the Nevada Bureau of Safe Drinking Water. This bureau is in charge of regulating Las Vegas’ water supply and making sure it meets standards set at the U.S. federal level by the Environmental Protection Agency (EPA).

These standards set thresholds for the level of chemicals and substances found to be hazardous in drinking water. Las Vegas tap water falls well within these standards of safety, although that doesn’t mean the water is completely free of these potentially hazardous contaminants.

There are also about 75 possible contaminants found in Las Vegas tap water that aren’t currently regulated by the EPA’s standards but may still be concerning. These contaminants could be a concern for your health, especially for those with a compromised immune system due to age or illness.

Want to Stop Worrying About Contaminants in Your Water? Contact Rain of Las Vegas to Find Out How You Can Get a Water Filtration System for Your Home.

The list of potential contaminants in Las Vegas drinking water are similar to potential contaminants in places throughout the region. These include radioactive materials leached into the water through erosion, soil runoff or mineral deposits in the water, coliforms (a type of bacteria), chemical compounds that made their way into the water supply via human application in nearby areas, natural minerals which contribute to a water source’s ‘hardness’, as well as lead and copper from pipeline corrosion.

All of these possible contaminants exist within Las Vegas tap water, though in very small quantities that fall within the EPA’s acceptable levels. However, the fact still exists that these impurities are in the tap water that most people in the Las Vegas area drink without filtration.

Disinfectant chemicals are often added to water in treatment plants to reduce other contaminants and bacteria. However, these chemicals sometimes react to other chemicals or minerals in nature and form other, nastier compounds that can be harmful to your health. The EPA usually tests for the disinfectants specifically, but sometimes misses the byproducts of adding all of these chemicals together.

Most often found in the form of hexavalent chromium, this chemical was responsible for the famous case of Hinkley, California that was brought to the public attention by activist Erin Brockovich. This chemical may either form naturally or from industry pollution, and is a known carcinogen that can cause cancer at high levels.

These chemicals may be illegally or even legally dumped into public water sources and can be dangerous to your health. The dangers of these chemicals range from increased cancer risk, increased risk of birth complications or defects, and reproductive hormone disruption.

PFAS are a category of contaminants that aren’t yet on the list of regulated pollutants. A recent byproduct of artificial plastics, PFAS can end up in water systems and experts warn that only trace amounts carry with it the threat of health hazards.

Also of particular concern are levels of lead contamination within Las Vegas’ tap water. While the levels of lead in the tap water are extremely low, the EPA and other government health organizations dispute the fact there is any ‘safe’ level of lead within a source of drinking water.

Lead enters the drinking water through corrosion of plumbing pipes containing lead. These corroding pipelines leach lead into the water, and because of this corrosion control measures and close monitoring of lead contamination levels are extremely important.

Radiation is another problem that needs to be carefully watched, especially in Las Vegas where large amounts of drinking water gets exposed to rocks and mineral deposits. In some rocks and stone formations, there can be found trace amounts of uranium and radon, which can end up in lakes and streams. If a water source becomes condensed, so too can the levels of radiation in the water.

Most types of bottled water are merely tap water treated with only the most basic filters (or taken straight from municipal sources without any filtering at all). Besides costing much, much more than tap water, there isn’t much improvement in the cleanness of the water and it often won’t even taste better.

Other bottled water from natural sources may contain many of the same contaminants unless taken from private, deep groundwater sources that don’t have the same problem of chemical run-off. Water taken from aquifers (high-pressure water sources from deep beneath the earth) are typically the least likely to contain chemical contaminants, but can still have increased levels of harmful mineral deposits if not carefully filtered.

Filters can be a great way to improve water quality if they’re designed the right way. Multi-stage and reverse-osmosis water filters offer the most reliable way to ensure that all impurities are removed from tap water. In-home water systems can filter your water so that you can get great-tasting, pure water from any tap in the house. Below are some options for water filtration systems to have clean and chemical-free water whenever you need it:

All of our new products are backed by our No Lemon Warranty. If there is a problem with your equipment, and we cannot repair it after 2 attempts, we replace it at no cost to you. (Good for 1 year) In over 25 years, we have only had to replace two systems!